First Encounter of the Cirneco Kind 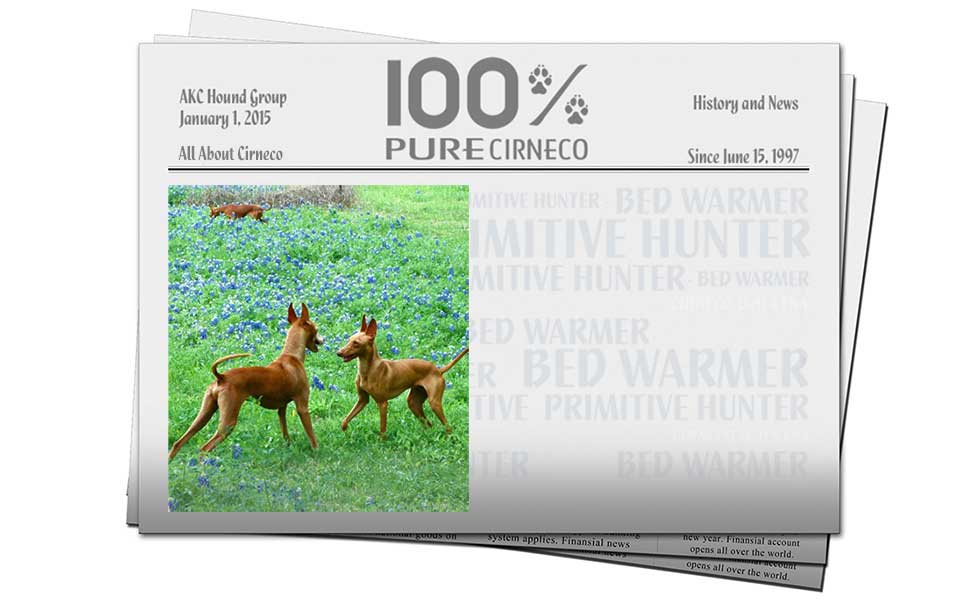 I was invited to attend a Meet & Greet hosted by Jim Buden and Suzette Meshulam in New York City. After obsessively stalking the Cy’era Cirnechi website for weeks, I was thrilled at the thought of finally seeing a Cirneco in person. The excitement was joined by nervous anticipation, as I realized I had unintentionally developed high expectations for this breed.

Before my blind date, a million questions raced through my mind:

Who would be at this event? Would I be subjected to a Cirneco popquiz?
Did Lucia only post Cirnechi “model shots” on her website?
What would the Cirnechi be like; would they like me?

The biggest cause of my anxiety, however, was the fear that the dog of my dreams would shake like a Chihuahua and bark like a Jack Russell.And then there they were: Hali and Jaspar welcomed me into their home with wagging tails. Smaller than I imagined but even more striking than their pictures – with rich, shiny, chestnut-colored coats, elegant muzzles, and perfectly pricked ears. As Hali and Jaspar gingerly trotted away, I was immediately captivated by their sleek and muscular physiques, akin to those of fine athletes. Their regal appearance was worthy of an aristocrat from a Tolstoy novel. Docile, intelligent, and eager to please, I soon learned that they also have a spirited side. The arrival of the beautiful and angelic-faced Donatella sent the three of them into a frenzied, barking tirade. They chased each other around and around like a live merry-go- round, certainly impressing me with their dedicated pursuit. It was then I decided Cirnechi must all be Geminis.